The civil / structural scope included new foundations for the new process area and secondary containment around the new batch tanks.  The existing roof was removed in the area of the new tanks and a penthouse was designed to allow for the installation of the new taller tanks.

Electrical power wiring was provided from an existing MCC within the facility.  New lighting was provided within the new process area and the new high bay tank area.  A 75 HP variable frequency drive was specified and installed.  The project scope also included electrical heat tracing as well as demolition required for the roof removal and penthouse installation. 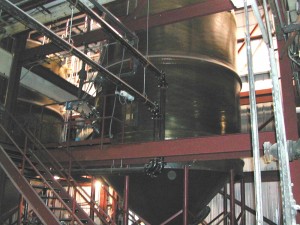 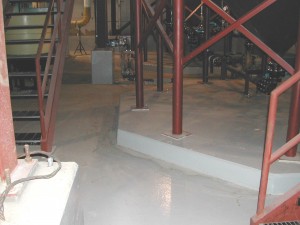