Chiller Building Floor Modification
The chiller was to be placed on an existing 6 ½” elevated slab directly over an existing W33x118 beam.  New W16x31 beams were required to support the floor at the three pier locations.

A new 5000 lb. monorail system was designed to operate above the chiller and be supported from the existing roof trusses.

Cooling Tower Addition
The cooling tower basin was 54 feet long and expanded an additional 30 feet.  The basin depth matched the existing basin depth of 6’-5”.  Existing sidewalk, stone, fill, and fencing had to be removed. 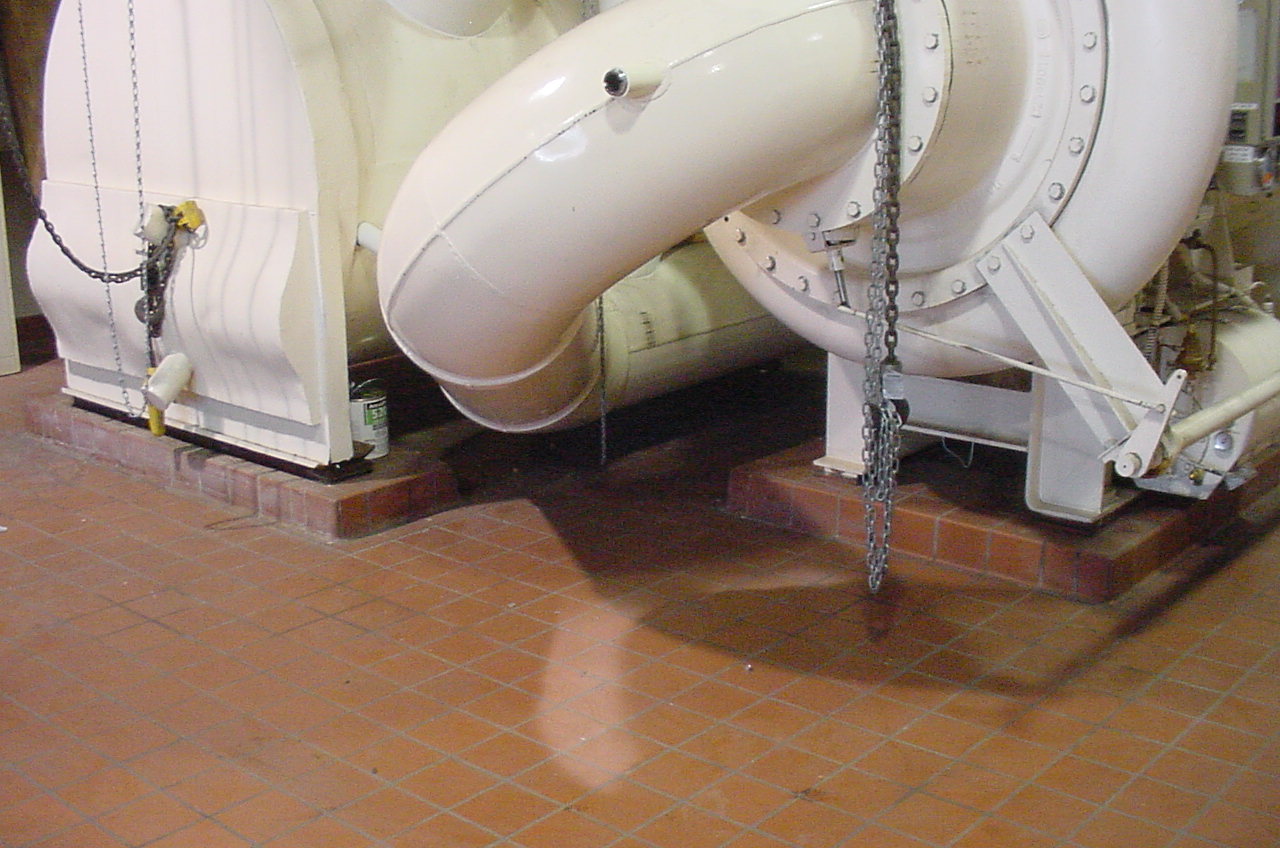 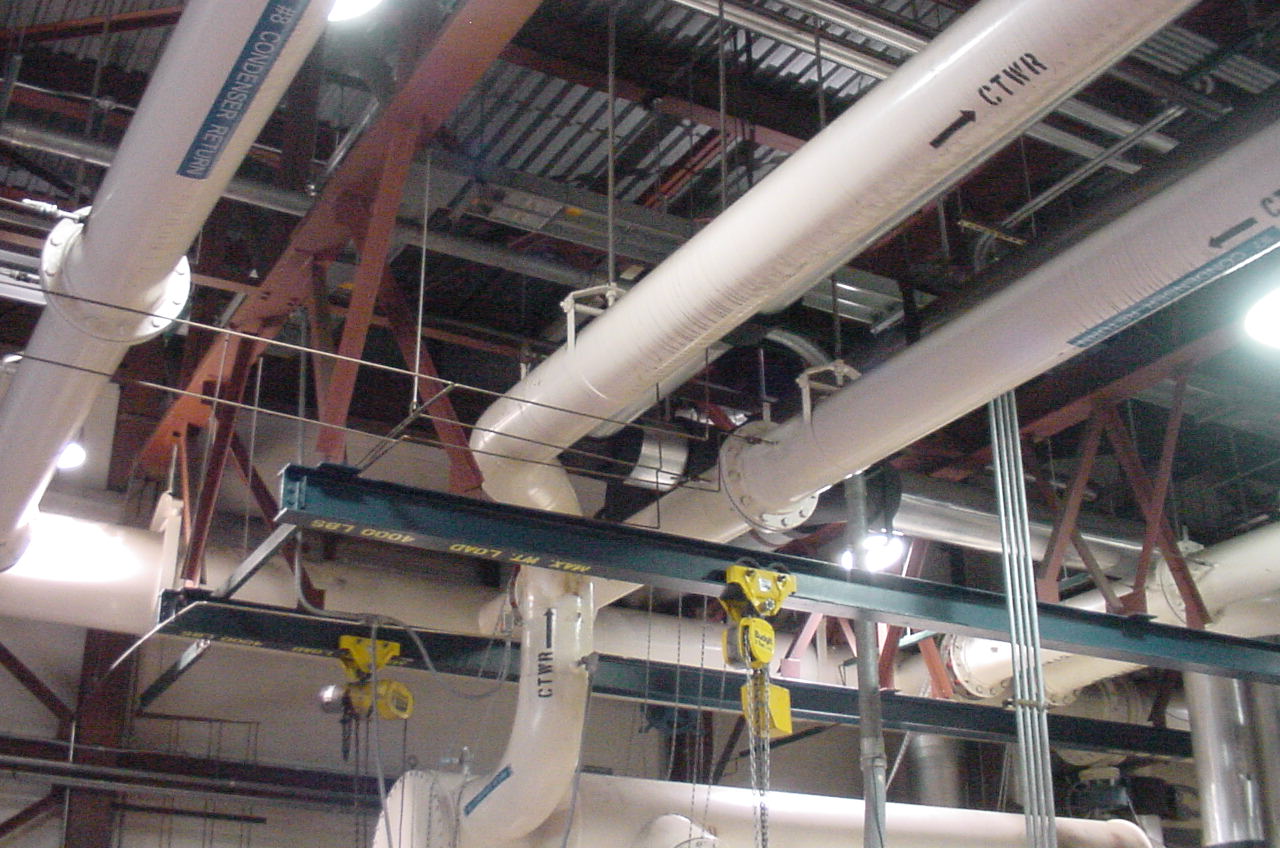